Hello could you please activate the PID for my thermostat please??

My PID algorithm enabled itself yesterday and I started using it. I assumed that this would allow it to anticipate the heat demands of my house and to reduce temperature extremes, but my first experiences of this have not demonstrated this.

My assumptions were that the following would occur:
Assumption 1) The thermostat would switch on earlier to get the temperature to the set (requested) temperature at the set (desired) time.
Result 1) This DID happen. I set the on-time for 7:30am and it switched on at 6:23am to reach the set temperature (from 16C to 19C).

Assumption 2) The overshoot of the temperature would be less than before I enabled PID
Result 2) This DID NOT happen. The temperature overshot by 1.8C, whereas on previous days without the PID it overshot by between 1.0 and 1.7C. See photo below: 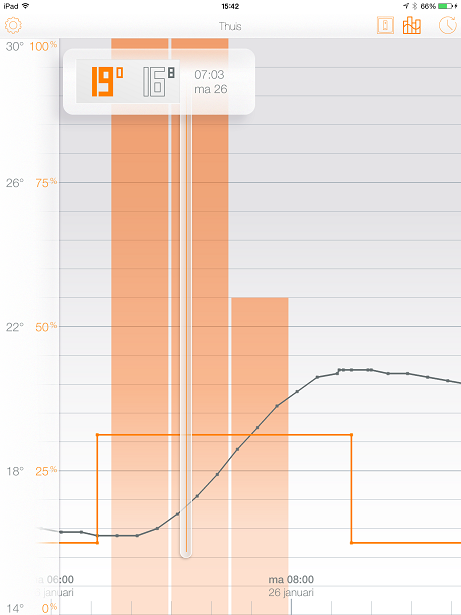 Assumption 3)That as the temperature rose near to the required temperature that the boiler would be switched off earlier to help reduce the overshoot
Result 3) This DID NOT happen. As you can see from the photo below, even though the temperature exceeded the set temperature 43% of the way through the time period (7:30 to 8:00am), the boiler was shown to be active for 55% of the time. I would have expected the PID algorithm to predict this and switch off the boiler earlier, and hopefully even before 7:30 as it should know there is a thermal lag in the house of around 45 minutes. 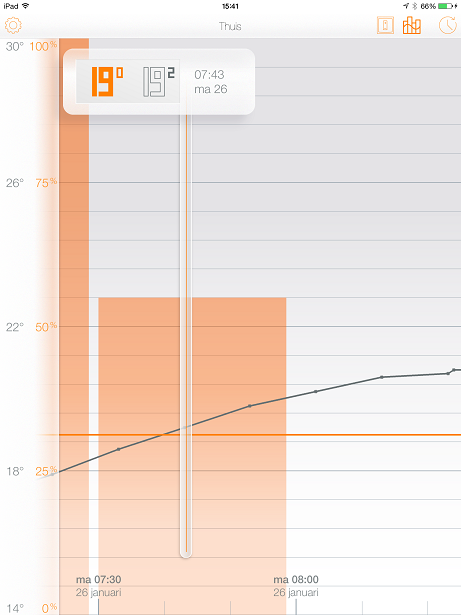 Thermostat did not anticipate the thermal lag and actually continued to run the boiler after the set temperature was exceeded!
photo.PNG (138.04 KiB) Viewed 175 times

Assumption 4) That if the temperature is rising towards a set temperature but the there is a planned change in temperature (ie the thermostat is due to drop from 19C to 16C) then this should be included in the prediction.
Result 4) I haven't yet been able to observe if this occurs

Can you possibly comment on these above assumptions I have made and if any of the assumptions are incorrect then please explain the reasoning for this?

thanks in advance,
Neil

Hi Neir,
Netatmo Thermostat offers two separate features:
The prediction option: It anticipates a heating period in order to reach the set temperature at the requested time. This option is active on your Thermostat.
The advanced regulation algorithm (called PID): takes into consideration the house heating inertia in order to regulate the temperature and reduce the overshoots. This function is NOT yet proposed in your case.
The advanced algorithm will be proposed to you in the upcoming few weeks.
Thank you.
Gaby-Netatmo
Top

Ok, I understand that now. I assumed that the PID and prediction options were the same.

Thanks for the prompt reply,
Neil
Top

Just an update. The PID algorithm has now been working for around 2 weeks and it does indeed function in the way I expected. Everything is good with my system and I am happy and warm