Thanks Brieuc for solving this issue. Just for your guide, the last delay was about 1 hour and 20 mins.
Top

I have got the same problem.
So when I decide to reconnect my presence - it's failed. And now I have a useless camera which couldn't connect with application. 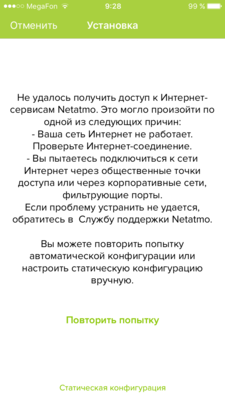 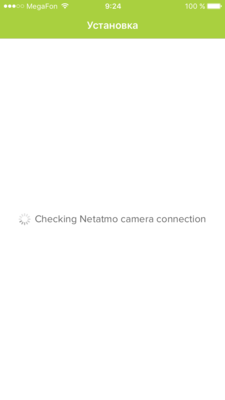 Update: failed to connect with QR-code, found the camera, connect to wifi, after the "success screen", I press "done" and "unable to connect " window appears. Please help.
Top

same here kirflow,
we just have an expensive decoration now, can't reconnect after reset, so can't configure, so can't live view either

I have the same problem, in fact I don't seem to be getting notifications at all even though the camera is working and Live View works fine.
Top

Still the same issue. It started on Thursday by the way with massive delay of notifications. Right now, detection is not working anymore and therefore no recordings anymore. I have read in a post from "Jofre - Netatmo Team" to Contact the Support Team... Well, I would love to... but how? There is no such service anywhere on your web sites. I have checked the English and German ones. Please let me know how to contact support. Thanks.
Top

The account of my father is also down (alois-t@kabelmail.de). Netatmo: FIX IT
Top

After restart the Presence minutes ago, been appear the events lost since last night in the timeline slowly (and the new ones that are created now) but the notifications not work yet.

With this fall/disconnection from the netatmo servers I have noticed that the camera does not record in my local FTP if it does not have connection with your servers, which seems to me a very important security deficiency.
Top

For me the same, made the mistake to reset the Cam and now I can't reconnect it anymore.
Contacted support but now answer.

Also I have seen that all lot of the recordings from the last days where not pushed to the ftp server even if they were in the timeline of the cam.
That's very strange, bought the Cam because it appeared not to be so cloud aware but it seems it is.

This extremely holds me back from buying a 2nd one for the garden.
I hope after this issue (I hope its solved soon, since the problems are now some days old) there is a firmware update that helps the cam to run even if there is no Netatmo service available.

Tip for Netatmo: because in the same timeframe we had a similar issue in our company, if you use Symantec Endproint Protection on your servers, keep an eye on the Virus definitions, there was an update that prevents servers from booting correctly.
Top

Could register my Presence again and get notifications but the ftp upload is missing now.
Top
Post Reply
25 posts