[In Development] UWP App for all Windows 10 Devices

[In Development] UWP App for all Windows 10 Devices

Hi there all of you API and forum users,

As you might have guessed from the title of this post I would like to introduce you to an app I am currently developing. The app is based on the Netatmo API to resemble the security app known form the apple store or the Google Play Store. I attached some screenshots to this post to sort of show the progress. Currently the app is capable of most of the API functions regarding the Presence camera. Once the write_presence scope is released to the public it will be implemented as soon as possible. All operations regarding the Welcome camera are currently not implemented but I plan on adding these later down the line. As of now the app notifies the user one every 15 minutes if there have been any new events.
The app targets all Windows 10 devices including Laptops, Tablets, Desktops and Phones. Currently not supported is the xBox One (min Build version 10240). As the app has yet to be approved by the Netatmo Team it is not released to the public, either in a store or a forum.

Note: For the screenshots I used the demo assets of the original Security App from the Google Play Store. 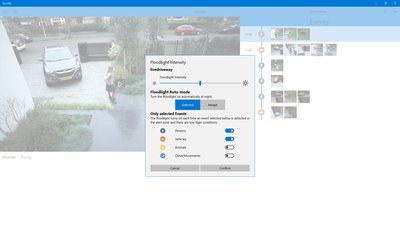 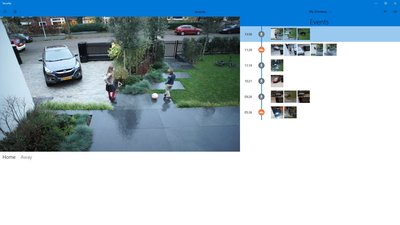