I already asked the question before in another thread but got no response, so I'm trying again because this is really annoying.

The monthly notifications of a successful wifi connection of the smoke alarms are really annoying me. They can come at an unspecified time (like night time) and they usually come in clusters because my alarms were all mounted around the same time. I can turn off notifications for the smoke alarm but that probably will also turn off the notifications that really matter (the actual smoke alarm). A notification should be just that : a "notification". There should be no sound with it, or it should at least be possible to turn the sound off separately from the real alarm.

I "solved" this on iOS by muting notifications from the security app but allowing "critical alerts".
This way an alarm notification will show up and play a sound, no matter if notifications are turned on or off or if the phone is muted or not.
Home:Weather Station (V3 + Rain Gauge, Wind Gauge, 3 additional Indoor Modules), Valves Starter Pack + 5 additional Valves, Smart Video Doorbell
Office: Thermostat (V2), Healthy Home Coach, Smart Smoke Alarm

Not a Netatmo employee
Top

GEORGzer wrote: ↑
02 Feb 2020, 16:59
I "solved" this on iOS by muting notifications from the security app but allowing "critical alerts".
This way an alarm notification will show up and play a sound, no matter if notifications are turned on or off or if the phone is muted or not.

I'm not sure if that is possible on android devices...

...and here I am again, complaining about those stupid alerts. I wonder why I don't see more complaints about this. Forgive the expression but it really is starting to pi$$ me off...
Last night I was awakened again by the alarms on my smart phone. I can turn my phone off during the night or even just turn the sound off. But then why would I buy these expensive Netatmo smoke alarms at €100/piece when I have to dumb them down to ordinary €10/piece devices? 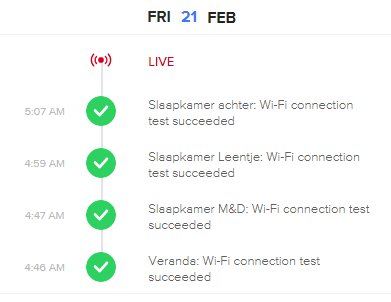 Or maybe I'm just doing it wrong... I currently have "SMOKE ALARM" checked while "ALARMS" is unchecked. Could it be that I have to uncheck smoke alarm and check alarms instead?

And by the way... there is a language error in one of the screens. I have my phone set to Belgium/Dutch as language, but some of the texts appear in a different language. I think it's Danish or Swedish here but I might be wrong... 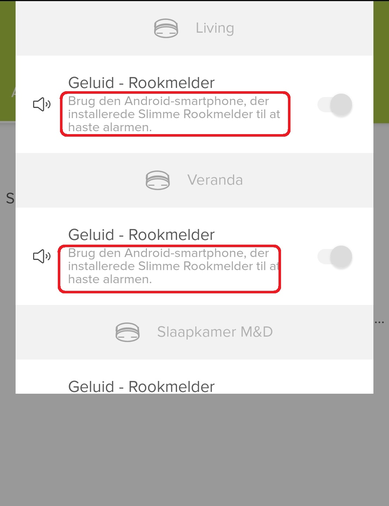